Tokenization of assets – What is this all about?

Tokens are actually an old concept. Indeed, if we think of the original gold notes jewelers gave those depositing precious metals with them, we would realize that tokens were the original form of money. Nowadays, physical tokens are still very much in use, such as casino chips used to represent the money deposited in the casino to play at the tables. The idea of using some sort of object or plastic chip- as a representation of an underlying asset has a long history.

TrustCommerce in 2001 first introduced tokenization into the digital economy. In order to protect the credit card information of their clients, the company replaced the sensitive information for a digital equivalent with no ties to the original. This was revolutionary in the early days of online commerce as businesses in those days just stored the data on their servers with little protection.

The idea was to replace the account number with a randomized sequence of numbers called a token. The moment a commerce would issue a transaction the token would be forwarded to TrustCommerce which would process the payment without having to reveal the client’s data.

This method stopped individual vendors from having to store the credit card data on unsecure local servers. Since the process didn’t work in the opposite direction, the token could not be used to reveal credit card numbers. The information was secured even if the payment was intercepted during the transaction, something that is very common within the crypto world, asymmetric encryption.

Tokenization in a Distributed Ledger

The idea of using a physical token and digital tokenization were from the beginning a perfect fit for the blockchain. The distributed ledger with its innate ability of recording, validating, tracking, and trading of digital assets came to supercharge the original concept.

With the problem of double-spending solved by blockchain technology, the doors are wide open for a new type of market to emerge. Previously any digital representation of a physical asset could be copied endlessly. The only way to stop this from happening was to have a trusted central authority overseeing the economic transactions. This severely limited the possible real-world items to be sold in a digital space.

The immutability of a distributed ledger means that all participants in the market can be sure that the token they are buying is unique and represents the underlying object. This means auctions, private sales, fragmented ownership, and many other forms of economic transactions can now take place without a central authority.

Anything of value in the physical world can be tokenized and move to the distributed ledger. This is not only great for the sellers, but also for the buyer. Most of us are restricted from buying these objects due to the country we are born in or our economic situation. But with tokenization, we can buy anything that is on the blockchain and not purchase the whole thing, we can acquire a piece to resell later for a profit.

Cryptocurrencies such as Ether or Bitcoin are digital assets by themselves. Also, tokens issued in a network like DAI, USDT, or ZRX fall in this category. We are able to buy them and trade them as we see fit.

Now, the tokenization of a real-world asset is a different story entirely. The process begins by taking the physical object and creating a digital equivalent on a distributed ledger. The token becomes the representation of the asset, much like casino chips are mirror images of the money deposited in the casino. The value is transferred to the blockchain where it can be accessed by the participants in the market. This means that holding the token confers ownership of the asset.

The newly created token is now part of a large pool of buyers and sellers. This is unprecedented since previously markets for real estate, art, precious metals, jewels, and other valuable objects were limited by geographic location. Not so in the blockchain where the entire globe has the potential to participate. Furthermore, this opens the doors for an object to be broken down into smaller pieces and owned collectively. I could never afford an original Rembrandt, but now I can buy a tiny piece in the blockchain and sell it when it appreciates. The changes are far-reaching for several industries, such as the music market which is expanded in this article.

Projects bringing tokenization to the blockchain.

Tokeny Solutions a star-up company from Luxembourg. The focus of the generation of tokenized securities as a replacement for traditional exchange markets. The market is investment bans, trade funds, mid-size companies, and trading shops. They offer through their platform the digitization of the securities these firms regularly trade to gain a larger liquidity pool.

Templum, a United States company based in New York. Its main platform is focused on providing tokenization services for the financial sector of the city. They offer digitization of securities, bonds, shares, commodities and basically any physical or non-physical good that is commonly traded in markets around the world.

Masterworks, a platform that offers the possibility to invest in fine art. It permits its users to purchase fractional shares of paintings in the same way we could buy shares in a stock market. They claim that a piece of one of the works of art they have for sale can go for as low as twenty US dollars. They want to bring the world of art collecting to a wider public by giving every person in the world the capacity to become a partial owner of a great work of art.

The tokenization of real-world assets is quickly revolutionizing markets around the world. The flood gates are now opening a new horizon of possibilities that are quickly approaching. Whether gold, securities or fine works of art, tokenizing is giving average people investment opportunities that used to be accessible to only the wealthy in the past. Right now, we have the chance to gain early entrance to a new type of industry. The world of blockchain is once again showing us that the change is only starting and the future is bright for those who are awake.

As Hathor Builds on Its 2021 Roadmap, HTR/BTC Pair Goes Live on KuCoin 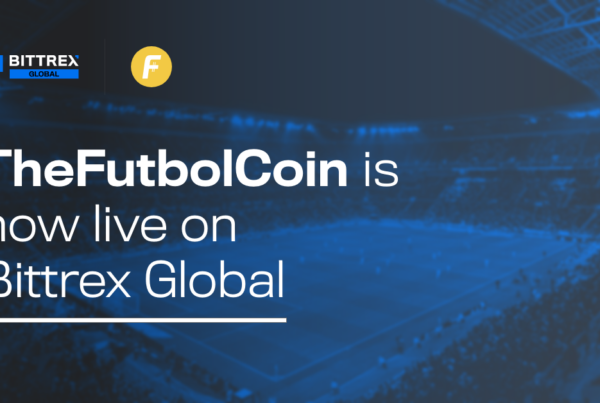