During Week 17, the total market capitalization diminished by another $100 billion, dropping from $1.88 trillion on April 28 to just $1.78 trillion on May 1. While we have seen greater weekly losses in the past, the general sentiment of the crypto markets is currently rather negative, which might indicate that we are sailing towards a longer bear market period. Nevertheless, the lower coin prices might serve as a perfect entry spot and even in the harshest of bear markets, you can always find a few coins that are significantly outperforming the market average. Our weekly Top 3 Coins to Watch articles are here to aid you in the search of those pearls.

ApeCoin (APE) is an ERC-20 token that was launched by the ApeCoin DAO in March 2022. Besides being a decentralized currency that facilitates monetary transactions, APE has a few additional use cases, including granting its holders governance rights in the ApeCoin DAO and providing access to exclusive events and services. The total supply of APE stands at 1 billion tokens, out of which 150 million tokens were distributed to holders of the NFTs from the popular Bored Ape Yacht Club (BAYC) and Mutant Ape Yacht Club (MAYC) collections.

Last week ApeCoin rallied in anticipation of the first land sale in an interoperable web3-enabled virtual world called the Otherside, whose players will be able to use all BAYC, MAYC, BAKC, and CryptoPunks NFTs as 3D characters in this revolutionary massively multiplayer online role-playing game (MMORPG). In addition, crypto wallets that already hold at least one Bored Ape Yacht Club (BAYC) or Mutant Ape Yacht Club (MAYC) NFT are able to claim a free land parcel in the first 21 days after the auction. It seems that this has driven up the demand for ApeCoin, causing it to reach a new ATH price of $27.30 on Apr 28. On April 30, the day that the Otherside land auction started, the APE price chart formed another peak, with the price briefly surging above $25 per token. Interestingly, the APE market was almost oblivious to the news about the robbery of BAYC NTFs worth almost $2.4 million. An unknown hacker that gained access to the BAYC Instagram account used it to post a phishing link and then withdrew tokens including valuable Ape Club NFTs out of users’ compromised cryptocurrency wallets, the BAYC confirmed via their Twitter account on April 25. While APE retraced back to around $16 in the last two days the ongoing growth of the BAYC ecosystem might soon push its price towards $25 again.

Synthetix (SNX) is a decentralized protocol used for minting tokens that act as a synthetic representation of various assets such as other cryptocurrencies, commodities like gold and silver, fiat currencies, or others. These synthetic tokens track the value of the underlying asset in a 1:1 ratio. The peg is secured by the Synthetix Network Tokens (SNX) which the users put up as collateral. The protocol benefited a lot from the growth in popularity of Ethereum Layer 2 scaling solutions such as Optimism and has experienced notable user and trading volume growth in the last month. Synthetix is one of the leading DeFi projects in the synthetic asset sector today.

Optimism’s OP tokens to be airdropped to Synthetix Users

Historical price data shows that SNX rallied by more than 50% in mid-April. After hitting a low of $4.44 on April 11 the coin gradually climbed towards a high of $7.13 on April 20. In alignment with the rest of the cryptocurrency market, SNX lost some value and is currently trading below the April 11 low at a price of $4.30. However, despite the red numbers, right now might be a good time to acquire some SNX, as the key driver of the token’s appreciation, which is the protocol’s growing popularity on Ethereum L2 network Optimism, has not shown signs of stalling yet. According to data provided by Dune Analytics, the trading volume and the number of unique addresses interacting with Synthetix Futures on Optimism have been climbing ever since the launch of futures trading in mid-March. In total, the protocol handled more than $1.84 billion of futures trading volume. In addition, Synthetix trading volumes on Optimism could soon see an additional boost, as the recently launched Optimism Collective (OC) revealed plans to reward Optimism’s early adopters with OP, the Optimism Collective’s own governance token. One of the few ways to qualify for a share of the 5% of the initial OP supply is to interact with the Optimism network through protocols such as Synthetix. Besides the potential OP airdrop, SNX holders are also being lured to Optimism by the 81% staking rewards currently being offered by the protocol. In conclusion, be prepared for some serious SNX price action, should the L2 airdrop season gain additional momentum.

Dogecoin (DOGE) launched in December 2013 as a joke born out of the Shiba Inu doge meme that went viral that same year. Despite its meme-inspired beginnings, the community quickly took a liking to the slightly inflationary digital currency boasting far lower transaction costs and throughput than some of the leading crypto networks, such as Bitcoin and Ethereum. In the 12 months between May 2020 and May 2021, the DOGE token had gone on a historic bull run that saw its price increase by more than 30,000%. The rally was driven mostly by Tesla CEO Elon Musk’s publicly shared bullish stance on the memecoin and subsequent exposure the token received from a broader audience of regular investors. Today, Dogecoin’s use cases extend far beyond just tipping and performing similar micro-transactions, as the world’s largest memecoin is also being used for conducting larger deals and participating in DeFi.

At the beginning of last week, the news about Twitter’s board agreeing to accept Elon Musk’s cash offer of $54.2 per share hit the tech world. Musk, the billionaire who spent a whopping $44 billion in total to take over the popular social media platform known for its 280-character posts is a big advocate of free speech. Musk is also known for having a substantial influence on the price of DOGE, which is by all accounts his favorite cryptocurrency. Two weeks ago, we have also reported that Musk tweeted that there should be an option to pay for Twitter’s Blue premium service in DOGE. Now that he is the owner, he has almost free hands to turn this into reality. Knowing these connections, it is not surprising that DOGE rallied following the news of the Twitter acquisition. In the 24 hours following the announcement, DOGE surged by more than 30% to reach a monthly high of $0.163. However, the DOGE rally was only sustained for one day and after that, the memecoin quickly retraced back to $0.13. Nevertheless, it will be interesting to observe DOGE in the near future since any kind of Twitter-related DOGE news could spark another speculative rally. If, however, Twitter really ends up integrating DOGE in some way, the rally will likely be sustained. Even the Bitcoin early investor and adopter Roger Ver alias “the Bitcoin Jesus” seems to have switched faith, as he named DOGE over BTC as one of the top contenders for the world’s dominant cryptocurrency in a recent Bloomberg interview. 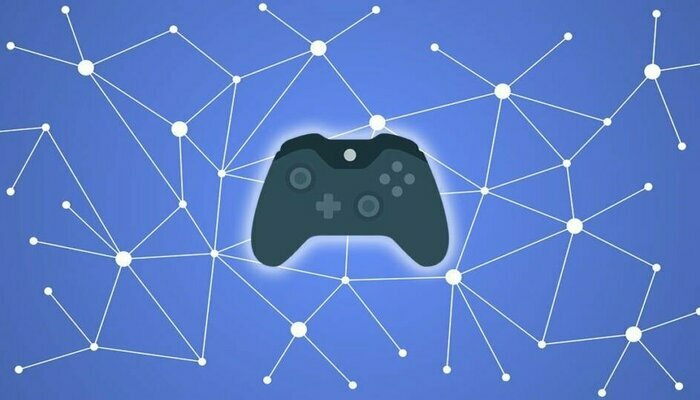