What will be the Best Crypto Wallet in 2021

By Andrew TurnerDecember 12, 2020 No Comments

In the last few years, crypto assets have tripled and, with that, the number of wallets that allow the storing of digital currency have also increased. Experienced users usually do not have any struggle in choosing a place to store crypto, but for newcomers, this choice may cause a lot of questions and misunderstandings.

The main characteristics of a secure & user-friendly wallet

To reduce the number of listed wallets up to a reasonable minimum, we initially choose non-custodial wallets that do not store users’ mnemonic phrases & passwords. In such wallets, users oversee funds on their own and no one but the user can suspend, withdraw, or carry out any other crypto operations.

Besides non-custodial characteristics, we also consider that a user-friendly wallet should be multi-currency and support not only Bitcoin or Ether, but also ERC-20 tokens, and DeFi tokens.

The last necessary characteristic is open-source code. Most users do not realize how important this is, nevertheless it is an indicator of a high level of professionalism, meaning that the developers are confident in the quality of the product and are not afraid to show it to the community to evaluate reliability.

The Lumi Wallet brand was founded in 2017 and initially positioned itself as a wallet suitable for both beginners and advanced users. It offers one of the most user-friendly apps on the market with a simple, eye-catching interface.

Lumi is available on Android, iOS, and web version and allows the purchase, exchange, and storing of crypto. It has the cheapest exchange rate on the market and one of the fastest support teams. Before, the wallet also supported the withdrawal function, but currently, developers retracted this feature and promised to restore it within several months. Recently developers launched the option to purchase crypto via Apple Pay.

The wallet hasn’t integrated certain popular coins such as XRP, ADA, DOT, ATOM. Also, Lumi Wallet doesn’t support staking. By the date of publication, developers will have announced they will launch the SegWit address format in several weeks. Lumi is one of the few wallets that released a white label program, different wallets can build their interface based on Lumi Wallet, as it is one of the securest and simplest apps on the market.

Trust wallet was released in 2017 and positioned itself as an Ethereum wallet that supports all ERC20 and ERC223 tokens. In 2018, Binance Group bought Trust, and since that time the wallet has gained wide popularity.

Trust supports many cryptocurrencies. With this wallet, users can store crypto assets that are not supported by other wallets. Trust has a secure interface with a wide range of in-wallet features, for example, staking and referral programs for inviting friends.

However, its interface might be quite difficult for newcomers, especially with exchange operations. After several attempts, we couldn’t find a Bitcoin exchange. Trust only supports the SegWit address format, so if a user imports a BTC wallet with a Legacy address to Trust, they will not see the bitcoins. This occurs with importing BTC wallets and does not affect the send transaction. Some problems also appear with Bitcoin addresses because in a Trust wallet, all transaction operations go to one address, so it is easy to trace the history of all BTC operations.  Despite small technical omissions, Trust Wallet deservedly has the status of one of the safest crypto wallets on the market.

BRD Wallet or Bread Wallet was designed in 2015 and initially, it was available only for iOS users, but now BRD also made its app available for Android users. It is one of the oldest wallets on the market.

The wallet has a wide range of coins and tokens, including its token BRD. Holding BRD tokens allows users to join rewards programs and receive bonuses for in-wallet operations. It has settings for advanced users, such as activation of the SegWit address format, synchronization with blockchain or even checking the Bitcoin node. For newcomers, this information is probably too complicated.

The wallet still hasn’t integrated such popular coins like ADA, DOT, ATOM, etc. BRD wallet also doesn’t have a web version. BRD, being the oldest wallet on the market, earned its authority and popularity as its simple interface and security have been proven for more than 5 years, which is a lot for our young crypto market.

Why You Need to Start Using the Fantom Blockchain Right Away

CoinCheckup Is Now Better Than Ever – Here’s What’s New! 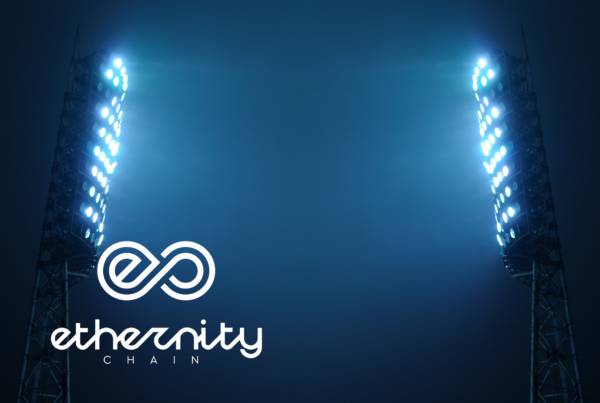