Hit enter to search or ESC to close
Cryptocurrency NewsGuides

The ICO Economy and What You Need to Know About It

If you’re reading yourself into cryptocurrencies or if you’re in the Crypto space for a while you can’t open your Facebook, Twitter, Google or Medium anymore without reading about the latest amazing ICOs.

The concept is great, how startups use it these days, on the other hand, is most of the time, heavily disappointing. Anyhow, let’s talk about the concept and how it makes possible for everyone to invest their money where the top 0.04% of the world puts their money.

ICOs make it possible for everyone to invest their money where the top 0.04% of the world puts their money. Click To Tweet

The ICO concept is pretty cool. Never in human history could humanity (even your grandma) buy into a company and:

For example: If people use Steemit.com, the value of the token goes up as demand increases.

Before the ICO phenomenon Investing in an early stage startup was possible if you:

Before the ICO phenomenon the market looked like this:

For the sake of this article, I assume that you and I are the “Average investor”. We have a bit of money left on the table and we don’t want to spend it on a liability like the latest TV or a new car so we decide to let our money work for us and we invest in assets.

Part of our money was reserved for “High-risk investments” like funding gambling operators including Triumph online casino or any gaming affiliate like CasinoGap.org, so we take a look at Facebook, Tesla, Alibaba, and Google.

So Wait a minute. Huh! What do I miss? Where did the other 92.8% of Google shares go during their IPO?  Well, that’s easy.

Part of those shares went to the team, Larry & Sergey have a bit more shares than Developer #29.458, but what about the rest? 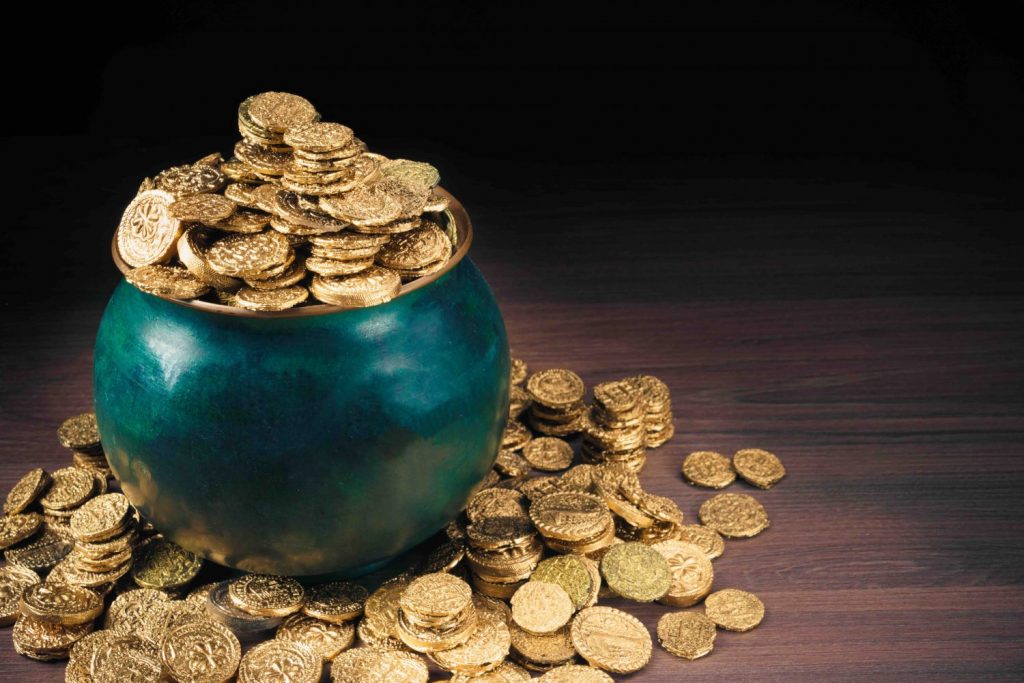 Angel investors usually provide a one-time investment to help the business propel or an ongoing injection of money (usually from VCs) to support and carry the company through its difficult early stages.

US-based Angel investors must meet the Securities Exchange Commission’s (SEC) standards for accredited investors. To become an angel investor, one must have a minimum net worth of $1 million and an annual income of $200,000.

Venture Capital firms get the biggest slice of the IPO pie. They put in vast amounts of money into multiple startups. Many of them fail, a couple of them do pretty well, and a couple of those become the next Google or Facebook.

That’s before the ICO phenomenon. You (assuming you belong to the 99.x % of the world, and assuming you don’t work for a promising startup that gives out shares yourself) don’t have the opportunity to invest in early-stage startups.

Besides benefits for investors, ICOs can also be far easier for enterprises to implement. Compared to the tedious compliance processes and high costs (up to 10 million US), ICOs allow smaller companies to raise money on the blockchain. In fact, all that is required for an ICO is an Ethereum Smart Contract, a website, and a whitepaper according to cybersecurity company ExpressVPN, although they concede marketers would help.

ICOs Tokens: Now everyone can invest in everything!

So you could ask yourself:

Reality is that even if the above was answered as “Yes we make that possible / Yes the SEC would allow this” it wouldn’t be feasible.

How do you keep track of all those mini shares thousands of people have in your company. It’s just not feasible.

The ICO solves this issue. Well the ICO itself doesn’t solve that issue but the “Token” does.

So what’s an ICO and how does it relay to tokens?

ICO stands for Initial Coin offering. Though the crypto community didn’t fully make up their minds on this, actually the term is wrong. It should be an ITO: Initial Token Offering. Anyway, since ICO is the common term it doesn’t make any sense to change it now.

A Coin in the crypto community is a digital currency. A token, on the other hand, is a programmable digital currency/way to store value/a lot more (see below “how about the token, what‘s so special about it?”

Tokens are those things that all these ICOs give away in return for another cryptocurrency or fiat money.

But how are tokens created?

Tokens can be created by building a so called DAPP (Decentralised Application) on platforms like: Ethereum, Waves & NEO.

Or some of the less familiar ones: Qtum / NXT / UbiQ / Counterparty / Omni / Metaverse ETP and in the future probably EOS / Lisk.

There’s one exception to the rule. It’s Bancor, if their platform will be finished one day, everyone can create “Smart tokens”.

Tokens that can be created out of thin air and can hold a reserve in another coin or token. The system is kind of complicated but interesting on the long run.

During the ICO, a smart contract makes it possible to exchange crypto currency for tokens. Do note that you can build DAPPs without issuing tokens.

Ok, I get it.. so how about the token, what‘s so special about it?

The token works simple: You give a company money, the company gives you a token/tokens in return;

If the company’s token is good, other people want the token, demand grows, price goes up.

In other words: Now it’s possible to be an investor and invest < $1 in an early stage startup without any administrative hassle.

All of the sudden you can have your company funded by everyone who believes in it and you can reward everyone for doing so without to much administrative hassle.

On top of that all your token holders are stored on the blockchain. There’s no discussion anymore if somebody holds a token or not.

Tokens make it possible for the other 99.96% of the world population to invest in anything.

Previously I used “Early stage startups” and “companies” as an example in this article but there’s a ton of other interesting high-risk options that the 0.04% invest their money in and that are currently not accessible.

The bakery creates new funds to expand the store and buy some new ovens. In return, the token could give you a nice discount on your daily bread and an end of year dividend on the Bakery’s profit.

Wait! It’s even more interesting: Tokens could also figure as a discount coupon or point system. Burger King recently launched a token to do “just that”.

In short: We could potentially create tokens for everything. Every service, every store, every product, every asset, etc.

If it’s so revolutionary why do I read so much negative stories about the ICO?

As with every new revolution, especially when there’s money to be made, there are always people who take advantage of it.

As with every new revolution, especially when there’s money to be made, there are always people who take advantage of it. That's the case of ICOs too. Click To Tweet

I wrote a nice piece on: What’s wrong with most ICOs, Currently ICOs just don’t make any sense at all! and a possible solution could be the IPCO model, I wrote about it here.

And since complaining is for people who are not looking for the solutions I’ll come up with possible solutions in my next articles.

For now, please share your thoughts on this article. I’m really curious about your thoughts on ICOs, tokens and the possible opportunities you see now we have this new medium of fundraising and making people part of our businesses.

On another note: Are you as excited about the Crypto Market as me?

It would be great if you could help me out and let me know your thoughts on our startup: CoinCheckup.com 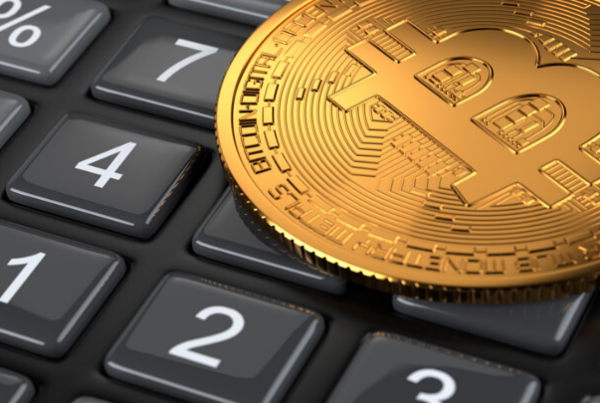 How Cryptocurrencies will boost the overall sportsbook scene 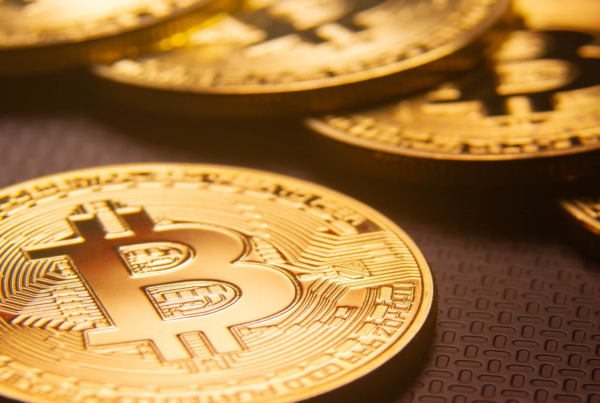 How Do You Defend Against Inflation? Bitcoin or Gold? 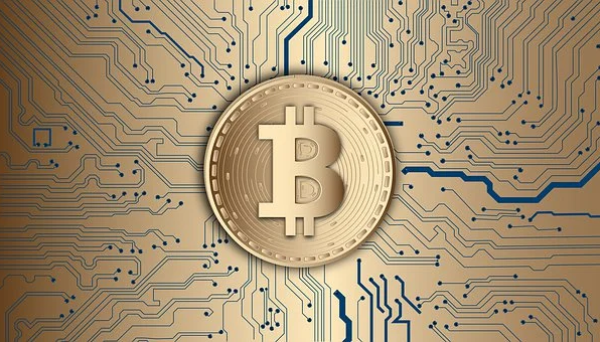