By Andrew TurnerOctober 27, 2020 No Comments

As we progress through Q4 2020, several projects are moving ahead with continued development. In addition, Pay Pal recently announced its intent to offer cryptocurrency buying and selling within its platform, which triggered a smaller bull run. Everything looks set for another exciting week on the cryptocurrency markets and our weekly selection of top 3 coins to watch is here to help you choose the most compelling and promising coins this week.

Although we believe Bitcoin does not need much introduction and that all eyes would be on it even if it were not featured on our list, here is a short summary of the history and key characteristics of the first truly decentralized digital currency. The world’s pioneer cryptocurrency was launched by pseudonymous figure named Satoshi Nakamoto in 2009 and has a capped supply of 21 million coins. The decreasing miner block rewards makes the cryptocurrency scarcer with time, ensuring a deflationary nature. Lately, increased interest from institutional investors has been driving the price further up.

As you may already know, PayPal announced that it would be offering cryptocurrency buying, selling, and holding of Bitcoin, Ethereum, Litecoin, and Bitcoin Cash last week. Although such a move has been anticipated by some, the big news echoed throughout the cryptocurrency community and further. Galaxy Digital CEO Mike Novogratz, who is a Wall Street veteran himself, believes that PayPal’s move did not pass unnoticed and may impel established financial institutions to rethink their policies on cryptocurrency. If, or should we say when, these institutions decide to gain some exposure to cryptocurrency, they are very likely going to choose the world’s oldest and most mature cryptocurrency – Bitcoin.

In addition, it is not just the sentiment that makes the outlook on the future of BTC so positive, but according to Abra CEO Bill Barhydt, also the fundamental and technical indicators are pointing up. Barhydt, who recently revealed that Bitcoin constituted 50% of his portfolio, wrote:

“I believe #Bitcoin is the best investment opportunity in the world right now. There are three reasons I believe this to be true today….  Fundamentals, Technicals, and Sentiment.”

With BTC dominance currently well above 60%, the performance of Bitcoin also has a significant effect on the sentiment of the whole crypto market. While Bitcoin it is by far not the best-performing asset in the crypto top 10 (for example ETH is +200%, LINK +525%, BNB 123%, ADA +200%, while Bitcoin is only +77% YTD) it is hard to imagine these percentages if BTC was in red. Furthermore, Bitcoin recently broke through the $13,000 mark with no bigger effort. Will we see Bitcoin above $14,000 soon?

Previously known as ZenCash, Horizen is a privacy-focused coin that enables encrypted messaging and utilizes supernodes and Zk-snarks technology.

Aragon is a Ethereum-based enterprise focused-project that aims to simplify the operation of decentralized organizations. The project conducted a very successful ICO in May 2017, which raised 275,000 ETH worth almost $25 million in mere 15 minutes. Aragon creates a virtual land where entrepreneurs and businesses are invited to interact. Disputes among them are resolved through its own decentralized court system. The protocol also features a decentralized governance system, allowing ANT holders to participate in the voting process.

The Aragon Network’s governance token is set to get revamped to ANTv2, a fresh and drastically improved version. The token upgrade process started on October 27 and is outlined here. Once completed, Aragon’s governance system will be much more cost-efficient, as ANTv2 will feature up to three times lower transaction fees and support gasless transfers. In addition, the community is currently voting on the merger proposals for the ANJ (Aragon’s court token) and ANT tokens. The team has extended the period for community review of the merger proposals, hoping that it will help them make a more objective decision regarding the future of the two tokens. 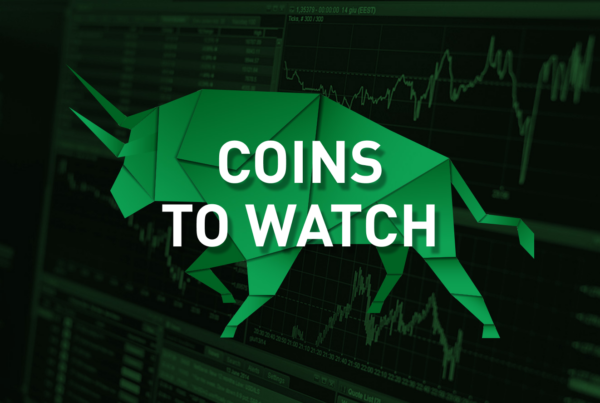