Feed3 (FD3) Will Revolutionize the Crypto Space by Thinking Outside the Box, Unlike Cardano (ADA) and Monero (XMR)

By External TeamSeptember 7, 2022 No Comments

A lot can be said about cryptocurrencies and their importance in the world’s economy, but more can be looked forward to in their evolution. The web 3.0 space is now gaining popularity in various areas of the economy and shows prospects of becoming bigger in the future with a lot of expectancy for its adoption later on in its existence. Helping bring this to fruition, the Feed3 platform was created with amazing features that best suit the performance of the web 3.0 space in the economy of the world. By providing a feedback model, Feed3 (FD3) stays ahead of its counterparts with an innovation that has never been incorporated into how it is designed to function on the platform. With this feedback mechanism, there is potential for the Feed3 (FD3) token to grow in the crypto market. Thus the expectancy of popularity is also high in its future in the crypto space.

What Prospects Does Cardano (ADA) Have in Store?

Cardano is a platform that looks to improve upon the working mechanism and utility of Bitcoin by incorporating many features into its system and design. This blockchain technological platform was founded by Charles Hoskinson and launched in 2017. The Proof-of-Stake consensus with which it operates in an alternative design offers more efficiency than the Proof-of-Work mechanism used in the design of many cryptocurrencies today.

The native token used on the platform, Cardano (ADA), was named after the Countess of Lovelace, Augusta Ada King, the world’s first computer programmer. It finds utility in the Proof-of-Stake consensus by rewarding users when they participate in staking Cardano (ADA) tokens for a specified period. When this staking is done, it is recorded on the block, and rewards are calculated and distributed according to the number of tokens staked and the period it is done for.

Monero (XMR) is a Name Synonymous with Security

Decentralization is often regarded as one of the major keys to a cryptocurrency project’s success, which translates to what the Monero platform provides its users. The Monero platform was created for the full benefit of giving the best experience in transactional activities and all that surrounds them. With a heavy focus on security, Monero (XMR) makes it hard for foreign threats to get in contact with users’ data on its system. The utility token which further ensures this is carried out effectively is Monero (XMR). With transactions not being able to be traced to the original owners, there is an assurance of a well-guarded and secure network for data security. There is no limit to the blockchain upon which Monero (XMR) was built, and the fees incurred on transactions are not huge. The Monero (XMR) token makes this possible, leaving the Monero platform to be a cost-friendly platform for users and members of its community. When transactions are done, the public keys are interchanged. For instance, when users A, B, C, and D perform transactions on Monero using the Monero (XMR) token, the public address of user A is put in place of user B while that of user C is put in the ace of user D, or this is done in an otherwise manner, as long as the goal of making the transaction untraceable is maintained. With this privacy, there is a chance of shadiness on the Monero platform, which makes it prone to illegal activities on its network.

The Vision of Feed3 (FD3) to Revolutionize the Crypto World Completely

The Feed3 platform includes its community in its working mechanism and all there is by allowing them to give Feedback when they play games, use the platform’s products, and utilize Decentralized Applications (DApps) to participate in person-to-person communication or collaborations. The feedback to be given uses its AI voice recorder, which gets precisely the words and explanations of these community members and transfers it to the team members and developers to act and carry out the necessary suggestions from these community members (users and purchasers of the tokens).

The utility token, Feed3 (FD3), is utilized for the administrative activities on Feed3. The blockchain game Incorporated likewise has a play-to-earn feature, which enables community members to procure Feed3 (FD3) tokens and use them in their transactional activities on the platform. These transactional activities are assured to be safe and secure, time effective, and cost-effective. There will not be a need for fear of external bodies coming in contact with the data of users and translations because it is all registered on the block. When individuals from the community use the Feedback sound innovation, they are compensated in Feed3 (FD3) tokens for their endeavors in sustaining and making the platform run smoothly. This surely amounts to Feed3 (FD3) being a unique token with a vast amount of usability when compared to the likes of Cardano (ADA) and Monero (XMR).

Gaming is a very important part of the world’s entertainment industry, generating 261.4 billion USD in sales, 2 million in jobs, 74 billion USD in wages, and 40 billion USD in taxes. This value puts this sector on a pedestal in its great contribution to the proper functionality and sustenance of the world. With a variety of gaming niches being in the rotation, from sport types, strategy types, Role Playing Games (RPG), adventure, action, simulation, and so on, there was a need for users to spend time playing these games to be rewarded. This is what the Feed3 (FD3) tokens were made for. Through competitions and battles organized on the platform, users can earn these Feed3 (FD3) tokens when they win.

Compared to other traditional forms of gaming, the play-to-earn feature of Feed3 (FD3) tokens comes with decentralization which means that there is no central or government authority involved in controlling what and how things go, and no taxes are charged on games played on its platform. The Feedback of players is also considered for the necessary corrections and upgrades to be made by the team members to help make the platform a loveable and good-functioning network that best serves its users to the best it can. These feedbacks are necessary for the sustenance and longevity of Feed3 (FD3), so an Artificial Intelligence known as Freeda is responsible for transmitting this Feedback to the team members for the necessary corrections and upgrades to be made.

The Roadmap of Feed3 (FD3) as Designed by the Team Members

After the stage of creating the platform, the team members laid out a well-designed roadmap to help the platform and token potentially reach great heights, just like other successful crypto Projects that have come before. The road map is shown as follows:

The first phase houses the launching of the website, the well-written Whitepaper published on this website and other well-recognized websites to push its popularity further, the audio-data compilation, and the Artificial Intelligence for recording and transmitting this audio-data will be made.

The second phase will house the private sales being made for the Feed3 (FD3) tokens, models to further develop the platform being calculated and kick-started, strategic partners with the best services that align with the team’s vision will be contacted, and the listing of Feed3 (FD3) on exchanges.

The third phase of the roadmap will house the public sales being done for the Feed3 (FD3) tokens, the beta version and the demo version for the products being launched, the Non-fungible tokens (NFTs) being produced, and the strategic partnerships with recognized influencers and clout to promote Feed3 (FD3) tokens.

The fourth phase will house the decentralized applications being developed for usage, partnerships being made with well-aligned gaming platforms to reward users in Feed3 (FD3) tokens for their services and contribution, the completion of the Artificial Intelligence, Freeda, and the Feed3 (FD3) tokens being also listed on several centralized exchanges.

The fifth and final phase will house the partnerships with metaverse organizations, the Feed3 (FD3) app being completed, and the project reaching into other blockchains. 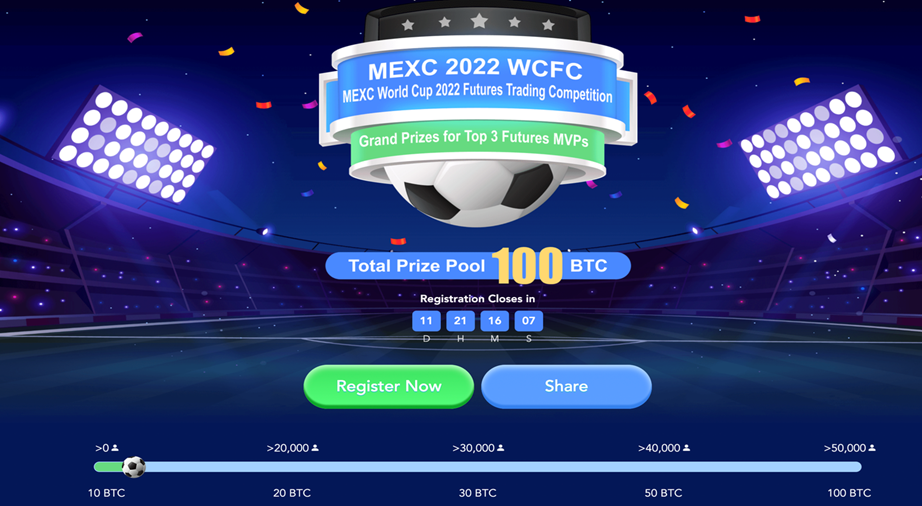 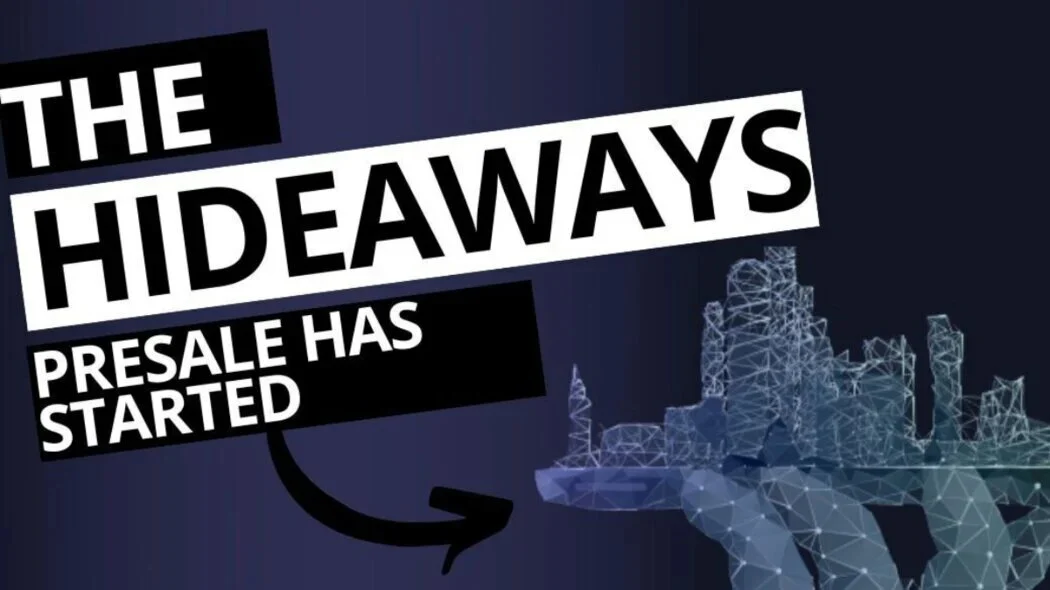 The Hideaways (HDWY) Favored Over Dai (DAI) And Cosmos (ATOM) 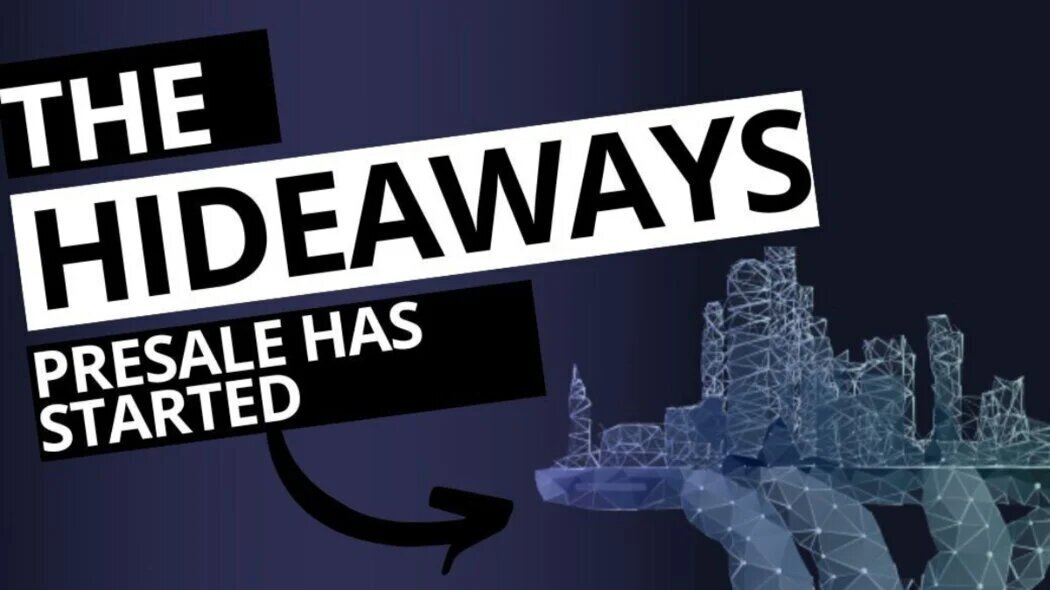