Bitcoin Price Analysis – Bitcoin Bulls Reawaken After Short Retracement. Will We Break $12,000 Next?

Bitcoin saw another 3.88% price increase today as the coin managed to reach $11,575. Bitcoin has been surging ever since it broke above the symmetrical triangle in July 2020. Prior to this, it had been in a phase of consolidation for around 2-months as it failed to break above or below the triangle.

After breaking above, BTC went on a rampage higher to close the month at a price of $11,358.

The bullish push higher continued in August as BTC reached a high of $12,126 (1.272 Fib Extension) at the start of the month. The volatility on this day also caused BTC to spike as low as $10,500, however, the bulls quickly grouped up and pushed BTC back above $11,000 and defended the level.

BTC Pushed higher from $11,000 today as it trades at $11,518 right now.
The demand for Bitcoin is extremely apparent right now, especially when we consider the fact that the number of new entities within the market which reached the highest level since late-2017. Remember, this was the bull run in which Bitcoin reached its all-time highs;

This is exciting for Bitcoin as it could be setting up for another explosive bullish run higher toward $13,000 and beyond.

In other news, it appears that Putin, the president of Russia, has signed the first crypto bill law for “On digital Assets” to make cryptocurrency officially legal in Russia. This law will make all crypto trading legal in Russia but it will not allow crypto to be used as a payment method. The law is expected to come into force on the 1st of January 2020.

This is great news for Bitcoin as it should help to bring in further investors. The Bitcoin transaction activity has also increased during the lockdown in Russia as the nation becomes the largest market for LocalBitcoins.com.

Taking a look at the Bitcoin search trend, we can see that there is a spike in BTC searches that almost match the hype generated from the previous BTC block halving event;

This shows that the recent price increase for Bitcoin has brought it back into the forefront of people’s minds as they search to find out what has been occurring with Bitcoin. As the price for Bitcoin continues to increase, we can expect these search trends to continue further as more people start to hope they can cash in on the epic Bitcoin price increases. The best thing about this is the fact that these searches will spill into the altcoin world as some users might feel they have already missed the BTC increase.

What is interesting to note is that half of this revenue is actually generated from the company’s Bitcoin trading service in which it generated $875 million of Bitcoin revenue in which $17 million were profit.

The release of this quarterly statement has caused Square Shares (SQ) to increase by around $20 each.

Taking a look at the daily chart above for Bitcoin, we can clearly see the breakout of the symmetrical triangle in July. After breaking above, Bitcoin went on to rampage higher as it reached as high as $12,126 in August when it ran into the resistance at a 1.272 Fibonacci Extension level.

Bitcoin dropped into the support at $11,000 during the first few days of August but the bulls managed to defend the area very well. Bitcoin rebounded from this support today as it reached $11,518.

On the other side, if the buyers continue to push BTC higher, the first level of resistance is expected at $11,610. This is then followed by added resistance at $12,000.

The RSI dropped from overbought conditions earlier in the week. However, it still remains above the 50 line to indicate that the bulls are still in complete control of the market momentum right now. Additionally, the Stochastic RSI produced a bearish crossover signal a few days ago which resulted in Bitcoin falling into $11,000. 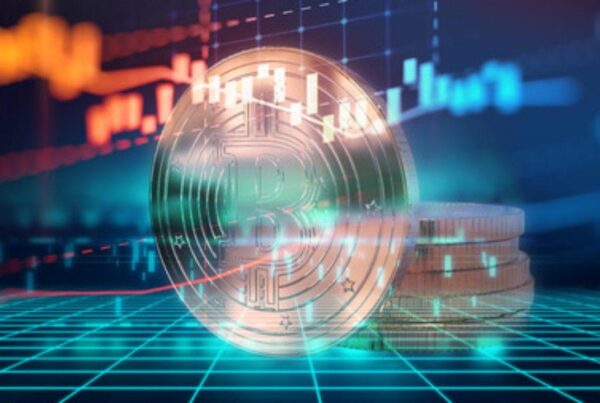