By Vladimir DenisNovember 7, 2020 No Comments

However, a newly published study by Statista states that only 7% of Americans have purchased Bitcoin at any point in time. This means that cryptocurrency investments in the country can be classified as being in the ‘early stages’ of growth.

Americans, the Rest of the World and Cryptocurrency

It has been suggested that bitcoin is on its way to emerging as a new assets class, in the same vein as gold. While cryptocurrencies can function as legal tender in some situations, a majority of its current use leans towards it being used as an investment. This can be seen in the amount of institutional support being given to the industry and the new products available to maximize cryptocurrency investments such as margin trading and cryptocurrency-based loans.

However, some flaws have been pointed out in the methodology of the study. The list in question only features a handful of countries and not all the nations of the world. Countries featured include Japan, Germany, Spain, China, Nigeria, Vietnam, and South Africa. Notable cryptocurrency hubs like South Korea are excluded from this list and according to some, it leaves much to be desired.

“It’s a survey of select countries. It’s not a straight top to bottom survey. IE there are countries that belong on this list that are not listed,”

What Can be Done?

As cryptocurrencies as a whole are seeking greater use from the public, it is imperative that various entry barriers be removed to achieve this goal. Certain countries, such as China and India, have restrictive laws that prevent widespread use of cryptocurrency. Furthermore, cryptocurrency exchanges often require strict know-your-customer procedures before accounts can be opened and transactions completed.

Then there is the distrust of cryptocurrency that often exists among the public. For many, cryptocurrency is still a novel concept that they do not feel comfortable putting their funds into and this further hinders adoption. However, increased visibility and proper crypto education can help to endear all cryptocurrencies, not just bitcoin, to the general public.  This, coupled with the emergence of crypto as the new asset class, will ultimately increased global adoption. 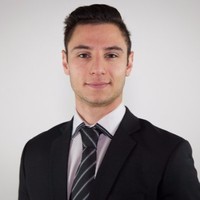